The RPSS College is named in memory of Late Shri Ram Pal Singh. He was a renowned philanthropist and educationist. 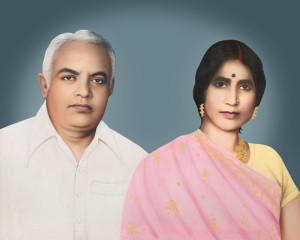 He started his career as teacher at local inter school, went to become it’s principal. He later set up a school for improving rural education. He was born in village Bhetta Maddho, near Dataganj, however due to lack of school, completed his schooling from a school in Chaudausi, hundreds of miles aways from home village. Later on he complete his BA and MA from Raja Balwant Singh College, Agra. He join the as teacher at school on Gangola in early 1950s and was promoted as principal around 1965. Post retirement he was involved in various social work and welfare activities in the region. He was arrest under emergency rule for one year under MISA. He was also elected as Block Pramukh of Dataganj Block. He was member of Zila Panchayat for 17 years. He played crucial role in initiative of Bela Dandi Bridge, over Ram Ganga river and also set up PT. DDU Satyawati Inter college, started a school for girls, later on which became a co-ed school.